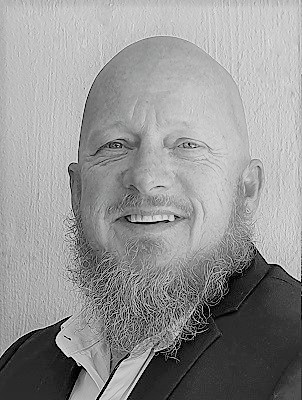 Positive, Communicative, Trustworthy and “Hands on” are all traits I pride myself in upholding in all aspect of my life whether it be work or social.

I am experienced in all aspects of the sales life cycle through a 360o solution – engaging in effective market penetration, retaining of clients and incremental sales growths driving customer relationships and satisfaction.

Get In Touch!
View My Accolades

30 years of sales and marketing experience…

Entering the teaching fraternity after completing his national service in July 1990, Gavin quickly distinguished himself as a leader in both the classroom and on the sports field. By the time Gavin left teaching in July 1997, he had achieved the position of a National Examiner, a Head-of-House, Head-of-Department as well as coached sport at a provincial level.

The Pharmaceutical sales market was entered in August of 1999. It was started off as a Pharmaceutical Representative before moving into Brand Management and then completing his tenure in Pharma in a National Key Account Management role. It was at this stage that in March 2012, the FMCG arena was accessed as a National Key Account Manager.  During the next few years Gavin moved up to eventually fill the National Sales Management role.

Gavin has always had the insistance of a healthy body and healthy mind. With that said – he has participated in Hockey and Waterpolo at a competitive level as well as coached in the Waterpolo arena.

Continuous improvement is a way of life.

Product detailing to all Doctors, Specialists & Pharmacy calls which included taking of orders.

My Clients’ sales soar to new heights. Join the Success!

“The only limit to our realization of tomorrow will be our doubts of today.”

I have developed and built relationships nationally during my tenure in the National Key Account Manager position. Communication, Interpersonal skills and Organisational skills all contribute in the delivery of the required outcomes and satisfied customers.

Successful sales development includes a variety of different aspects eg Customer Relationships, Communication, Organization, Planning and Action. My ability to integrate all these Key Performance Indicators makes me an asset to any company and guarantees ROI.

National Sales Team, Interns and a National Merchandising Agent were managed across the entire country covering both Retail and Wholesale.

With my teaching background, coaching is an obvious passion of mine. I take great pride in assisting individuals to mould/develop themselves into their chosen/desired careers. I take pride in two of my recent intern employs, who having been successfully moved into permanent employ, have then achieved rep-of-the year accolades within two years.

Bachelor of Science in the Biological Sciences